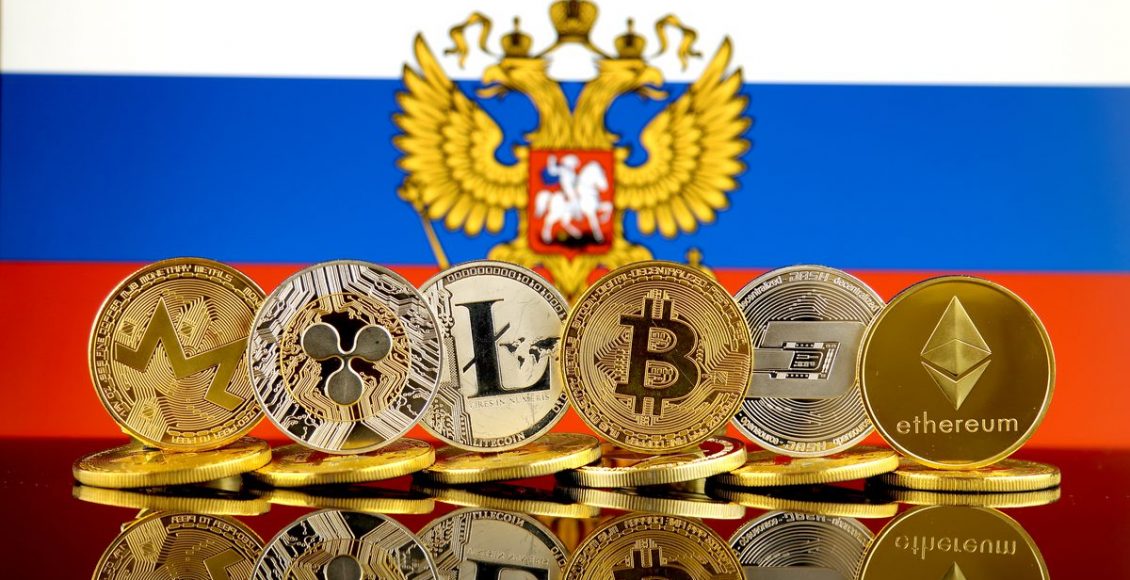 Russia Prohibits Cryptocurrencies – Russians have been making the news over and over due to several reasons, and this time they have become a hot topic in the crypto world as Russia prohibits cryptocurrencies.

The sudden move by President Putin to prohibit cryptocurrencies in Russia was a huge setback for old crypto lovers. The crypto world was already going through a crisis, and this setback will deepen that crisis.

The country is already going through huge sanctions due to their ongoing war with Ukraine, and Russians are doing everything in their hand to keep the value of the ruble up. The government does not want to take any chances When it comes to the value of its currency.

As per one data point and figures released by the government, it is estimated that Russian citizens could be holding around 2 trillion rubles in cryptocurrencies which is nearly 26 billion U.S. dollars.

What could be the reason for Russia prohibiting cryptocurrencies?

It might become very hard for other people to understand the real reason why Russia prohibits cryptocurrencies, but experts are thinking about the video from several different perspectives.

First of all, the government does not want to put any extra pressure on their cryptocurrency if anything goes wrong with the crypto market. We have seen cryptocurrencies falling like never before, and it can be a worrisome reason for the Russian government.

A lot of crypto exchanges have recently stopped their payments in the ruble, and Russians might try to convert their rebel into USD to buy these cryptocurrencies, which can put pressure on the ruble.

Experts also came up with a perspective that the crypto world raised huge money for Ukraine and Ukrainian soldiers. Experts further believe that Russians did not like that action, and they wanted to strike back with Ban.

Similar things were also mentioned by the top official of the Russian central bank regarding cryptocurrencies and their use in illegal activities, including fraud, money laundering, and terror funding.

Apart from that, he mentioned that widespread use of cryptocurrencies could also undermine the Stability of the ruble, which has been recently achieved. It could lead to a huge outflow of capital from that country which can be harmful in the future.

Another thing that we have to understand at this point is that the Russian government is trying to build its digital currency named the central bank digital currency, which will be the digital ruble.

It is no brainer that the Russian government is under so much pressure since they have been kicked out of a financial management system named swift, and they are then to trade in U.S. dollars.

Russia wants to trade in the digital ruble to help its economy without the use of U.S. dollars. As to the press release by the deputy chairman of the Central Bank of Russia, the pilot project is scheduled for April 2023, and Russians are expected to launch the full-fledged rollout in upcoming years.

It is not yet clear how the ban is going to impact the regular Russian people in the country. The experts are yet to figure out the exact impact of the decision. Another thing that is very interesting regarding the current Russian ban on cryptocurrencies is that the bill does not mention anything regarding crypto mining.

The bill only focuses on the exchange of goods and services with cryptocurrencies. Crypto mining and low experts believe that the mining industry should not be hampered by the current disease as crypto mining is not mentioned in the bill.

The Russian mining community is very big as it is ranked number third. Apart from that, the current banning load does not mention anything regarding possession or direct trading of cryptocurrencies without involving any goods and services.

There will be a little impact on the Russian cryptocurrency community, but it is not going to be as major as anyone might think. Russians might be able to mine cryptocurrencies and later sell them in the market in exchange for rubles, which can help the government increase the value of the ruble in the country.

Can anyone use non-fungible tokens in Russia?

The government of Russia wants to end the use of cryptocurrencies as a legal tender in the country and increase the use of their local currency ruble. Apart from that, Russians are also working on their cryptocurrency based on the ruble. Similar projects are also under construction in many other countries.

History of Russia and cryptocurrencies

Before we wrap this session, let’s take a look at the quick history of Russia and cryptocurrencies.

It was the bull market of cryptocurrencies, and he even set a deadline for lawmakers and ordered the government to adopt federal regulation for digital assets as early as possible.

After that, in the mid-2020s, Putin decided to regulate cryptocurrencies and pass a new bill stating that cryptocurrencies, including Bitcoin and others, can be traded in Russia, but they cannot be used as a payment mode for goods and services.

In 2021 there was a time when Putin said that cryptocurrencies have the right to exist and could be used as a means of payment for an interview with CNBC. There were lots of ups and downs in the history of Russians and cryptocurrencies.

He even once said in a meeting with other government members that Russia is a nice place to mine cryptocurrencies, stating its cold weather and cost-effective availability of electricity.

Nowadays, Russia is trying to create its cryptocurrency based on its national currency ruble and compete with international competitors, including the United States and Europe. A lot has been happening in Russia when it comes to cryptocurrencies.

At the same time, Russians do not want to trade in U.S. dollars with anyone. Other countries might not have enough rubles to trade with Russia, and that is why Russians are coming up with digital rubles based on crypto technologies.

Experts believe that the government is banning all cryptocurrencies apart from their upcoming national cryptocurrency based on the ruble to increase its use and make their currency stronger than ever before.

Is it a punishable offense to have cryptocurrencies in Russia?

No, people will not go to jail if they possess cryptocurrencies, as the government has not included crypto mining in its ban. Apart from that, they have not proposed any jail time for people who are working in the crypto industry. There are some fines on forms and individuals only if they violate the terms of the ban.

How Long After Exposure do Symptoms Appear? – COVID19 Facts