What is Dissociative Identity Disorder – Symptoms, Causes, Tests, Treatments & What Helps In DID 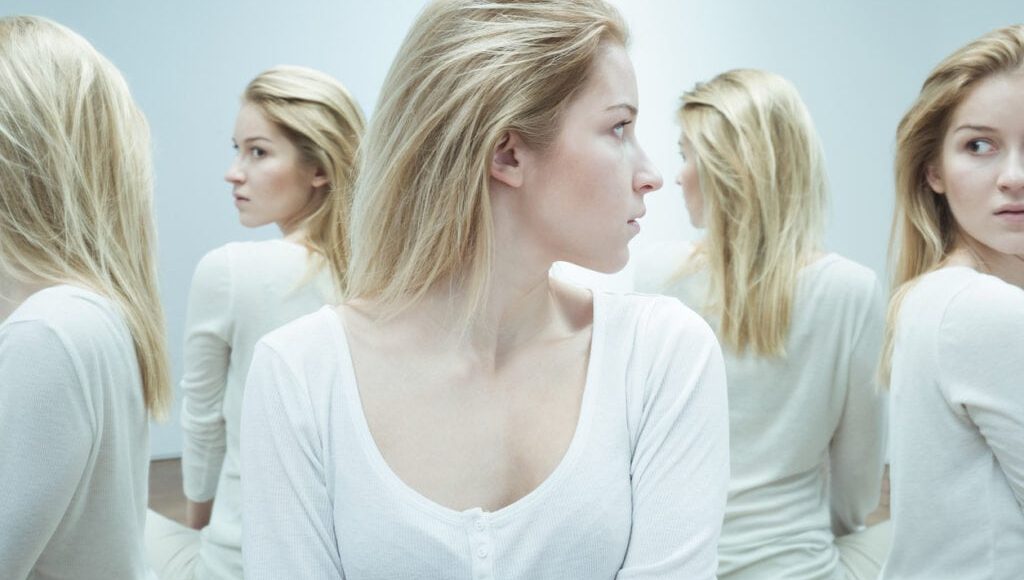 What are Dissociative Disorders?

The term “dissociation” means a state of being cut off from people, the environment, or oneself.

The phrase “dissociative disorders” refers to a long-term mental condition characterized by sensations of disconnection from reality, being outside one’s own body, or memory loss (amnesia).

True dissociative disorders affect around 2% of the population in the United States (not just momentary feelings of dissociation). Everyone is impacted, regardless of age, race, ethnicity, or financial status. Women are more likely to be diagnosed than males.

What are the Risk Factors for DID?

DID is believed to be caused by a psychological reaction to psychosocial and environmental pressures, particularly during early childhood, when emotional neglect or abuse can affect personality development. Many people who acquire dissociative disorders have personal histories of persistent, overwhelming, and even life-threatening disturbances or traumas that occurred during a critical developmental stage of infancy (usually before age 6).

Even if there has been no conspicuous physical or sexual abuse, dissociation can occur as a result of continuous neglect or emotional abuse. Children may develop dissociative in households where their parents are terrifying and unpredictable, according to the findings. According to studies, DID affects roughly 1% of the population.

What do the Symptoms of Dissociative Identity Disorder look like?

Dissociative identity disorder (DID) is characterized by a person’s identity being split involuntarily between at least two unique personas (personality states). Other signs and symptoms might include:

Many societies across the world regard takeover as part of a normal spiritual rite or practice, according to the Diagnostic and Statistical Manual of Mental Disorders. This isn’t a case of dissociative identity disorder.

How are Dissociative Disorders Caused?

Dissociative disorders are frequently developed as a reaction to a traumatic incident or long-term stress, abuse, or trauma. This is particularly true if the incidents occur when the child is young. At this age, one’s capacity to completely comprehend what is going on is limited, coping mechanisms aren’t fully formed, and obtaining help and resources is contingent on the presence of loving and knowledgeable adults.

A coping method that helps one avoid suffering in the short term is mentally removing oneself from a terrible circumstance, such as an accident, natural catastrophe, military battle, becoming a crime victim, or recurrent physical, mental, or sexual abuse. It becomes a concern if it persists in the long run.

Interacting with a person who suffers from Dissociative Identity Disorder (DID)

If you think a friend or family member has DID, you may get the feeling that you’re conversing with several different individuals as the person flips between personalities.

Each identity will usually have its name and set of features. They’ll almost always have a completely different background, with evident distinctions in age, gender, voice, and demeanor. Some may even have physical traits such as limp or impaired eyesight that necessitate the use of glasses.

Each identity’s knowledge and relationship — or lack thereof — to the other identities is frequently different.

What Treatment Options are available for DID?

Psychotherapy’s purpose is to teach you how to manage your disorder and figure out what’s causing it. Some people believe that hypnosis might be helpful in the treatment of DID.

In the therapy of DID, medication is occasionally employed. Although no drugs are expressly prescribed for the treatment of dissociative disorders, your doctor may prescribe them to treat related mental health problems. There are no clear, evidence-based guidelines for treating DID at this time. Many therapies are based on case studies or are at best debatable.

While there is no “cure” for dissociative identity disorder, long-term treatment, if the patient remains dedicated, can be beneficial.

The following are some of the most regularly prescribed medications:

Treatment for co-occurring illnesses including depression and drug abuse disorders is critical to overall healing. Because the symptoms of dissociative disorders frequently coexist with other illnesses, such as anxiety and depression, medications to address those co-occurring problems are sometimes utilized in addition to psychotherapy.

What Other Psychiatric Disorders Could Be Caused By DID?

People with dissociative disorders may have a variety of mental symptoms in addition to dissociation and multiple or split identities, such as:

Dissociative Identity Disorder and Its Associated Mental Disorders: How to Recognize Them?

Each has its unique set of postures, gestures, and speech patterns. The changes are sometimes made-up persons, and other times they are animals. The process of each personality revealing itself and controlling an individual’s actions and ideas is referred to as “switching.” Switching might take anything from a few seconds to several days. Some people seek therapy through hypnosis, in which the person’s many “alters” or personalities are more receptive to the therapist’s commands. Some people describe this sensation as feeling like they are a passenger in their own body rather than the driver. To put it another way, they honestly feel they don’t have a choice.

The psychological processes of dissociative identity disorder influence the way a person sees life in numerous ways, including the following:

It is now widely accepted that these detached states do not reflect fully formed identities, but rather a jumbled sense of self. Various identity states recall different pieces of autobiographical information when they suffer from the amnesia associated with a dissociative identity disorder. Within the individual, there is generally a “host” personality that identifies with the person’s genuine name. Surprisingly, the host personality is frequently unaware that other personas are there.

What Is the Procedure for Diagnosing Dissociative Identity Disorder?

The following criteria are listed in the DSM-5 for diagnosing dissociative identity disorder:

The many personalities may play different roles in assisting the individual in coping with life’s challenges. When a patient is first diagnosed, for example, there are usually two to four personalities present. After then, there are averages of 13 to 15 personalities who emerge during treatment. An abrupt transition from one alters or personality to another is caused by environmental stimuli or life experiences.

When should you see a doctor?

If you know yourself in any of the following, you should plan an appointment with your doctor:

You’re aware — of others have noticed — that you have two or more personas or identities that interact with you and the world around you in distinctly different ways. You have large gaps in your memory for vital personal information, abilities, and events, in addition to usual forgetfulness. Your symptoms are giving you trouble or stress in essential aspects of your life, such as your personal and professional lives.

Is there a cure for dissociative identity disorder (DID)?

DID has no cure or treatment. The majority of people will have to live with the illness for the rest of their life. A combination of remedies, on the other hand, can help to relieve pain. You may improve your performance at work, at home, and in your community over time.

When should I make an appointment with my doctor and ask DID?

If you or someone you know has DID and is suffering any of the symptoms listed below, seek medical help immediately away:

Is it possible for a DID to live a regular life?

It is possible to live a normal life despite suffering from a mental health issue such as dissociative identity disorder. People who learn how to manage dissociative illnesses in a healthy way can improve their chances of having a normal life. [Source]

Make an appointment to visit your doctor if you recognize the signs of dissociative identity disorder. You should advise your friend or loved one to get treatment if they are exhibiting the usual signs.