Clavamox for Dogs – 5 Side Effects & Warnings 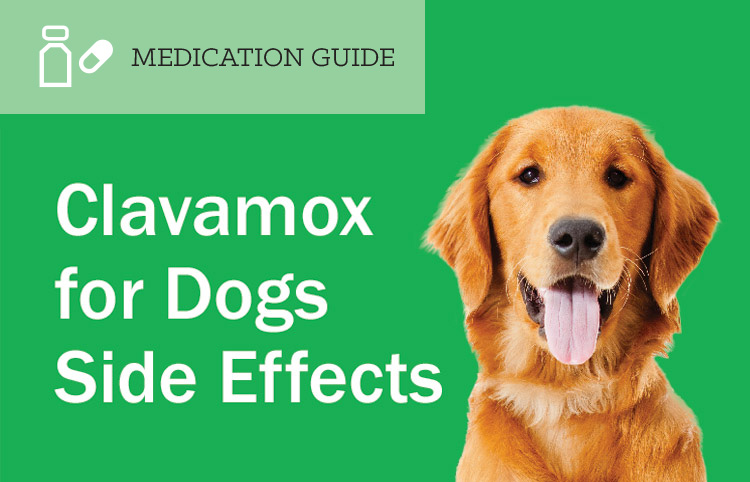 Clavamox For Dogs – Similar to humans, animals can also get several kinds of diseases. Even though the government does take care of animals, in general, people do not care about the health of animals but their pets.

Dogs are among the most common pet options in the United States and all around the world. A dog can also get several kinds of disease, including skin infections, soft tissue infections, and periodontal disease.

If your dog is suffering from any of the above-given conditions, then there is a probability that your vet has prescribed you to give Clavamox to your pet. The medicine also contains a lot of information on how to give it, side effects of Clavamox, etc.

Clavamox And its side effects for dogs are going to be our topic for the day. We will cover every side effect of the medicine. So let’s get started.

Clavamox Is considered to be one of the safest medicines for dogs, but it also contains a few pretty normal side effects. Usually, these side effects go away on their own, but you can consult with your doctor as early as you like.

The first thing your dog is going to experience after taking Clavamox is vomiting and diarrhea. Usually, pet parents complain about these two symptoms once their dogs start to take Clavamox. It is among the most common symptoms, and you should not worry much about these two.

Vomiting and diarrhea will go away on their own within a few days since your pet starts taking Clavamox. Usually, you don’t have to give anything else to lower the intensity of these symptoms, but you can always consult with your vet.

You should be very careful once you start giving Clavamox to your pet, even if your pet is not allergic to anything in the world. If your dog starts to develop facial swelling, difficulty in breathing, rash, and seizures, you should call your vet as soon as possible because all of these are classic symptoms of allergic reaction.

You should never ignore allergic reactions under any circumstances, as they can cause life-threatening conditions. You might have to give specific medicine or injection to lower the intensity of symptoms caused by an allergic reaction.

As a precautionary measure, we will suggest you keep checking the weight of your dog daily. If you say drop in and wait for more than seven days, then you should consult with your vet as soon as possible. The unexpected weight loss might also trigger other side effects of taking Clavamox.

Change in appetite after taking Clavamox is very common. Usually, it is connected with the unexpected weight loss Side effect of taking medicine as your dog will not eat much.

Generally, you should not be much concerned with the change in appetite, and if the change is also triggering unexpected weight loss, then you should consult with your body as early as possible.

Another major side effect of taking Clavamox is a change in the respiratory system. A lot of pet parents have already reported back that their dogs started to have respiratory changes once they gave Clavamox.

Usually, it is not a sign of concern, but you should be very careful if your dog starts to have respiratory changes. You never know when these common side effects go out of hand and become severe.

To be on the safer side, we will suggest you take a look at everything your dog does for at least seven days after you start Clavamox. If you see any change in its behavior, kindly consult it with your vet as early as possible.

Similar to humans, dogs can also get different kinds of diseases, and they also require medication to get better. Your doctor might suggest you give up Clavamox to your dog if your dog is suffering from skin infections, soft tissue infections, periodontal disease, and periodontal infections.

Clavamox is among the most common and effective medicine for the above-given diseases in dogs. But, you should be very careful first to start giving it to your dog as it does contain a huge list of side effects.

You don’t have to worry about it much because these are the common side effects, and any dog can develop once you start giving Clavamox to them.

For example, your dog might develop an allergic reaction if your dog is allergic to any ingredient used in the medicine. You should look for all the classical signs of allergic reactions such as swelling, printing difficulty, rash, fever, increased heart rate, etc.

Apart from the severe allergic reaction, Your dog might also develop a few common side effects such as vomiting, diarrhea, weight loss, changing appetite, and change in respiratory rate. You should be very careful with these common side effects as you never know when they can get out of hand and become severe.

What can I do to lower the side effects of Clavamox?

As you are already aware, your dog might develop a few side effects once you start giving Clavamox to your dog. Diarrhea, vomiting, nausea, loss of appetite, and unwanted weight loss are among the most common side effects of Clavamox. Because of all that, doctors suggest everyone administer the medicine with food. At the same time, some veterinary doctors recommend starting a course in probiotics. All of these things lower the intensity of side effects.