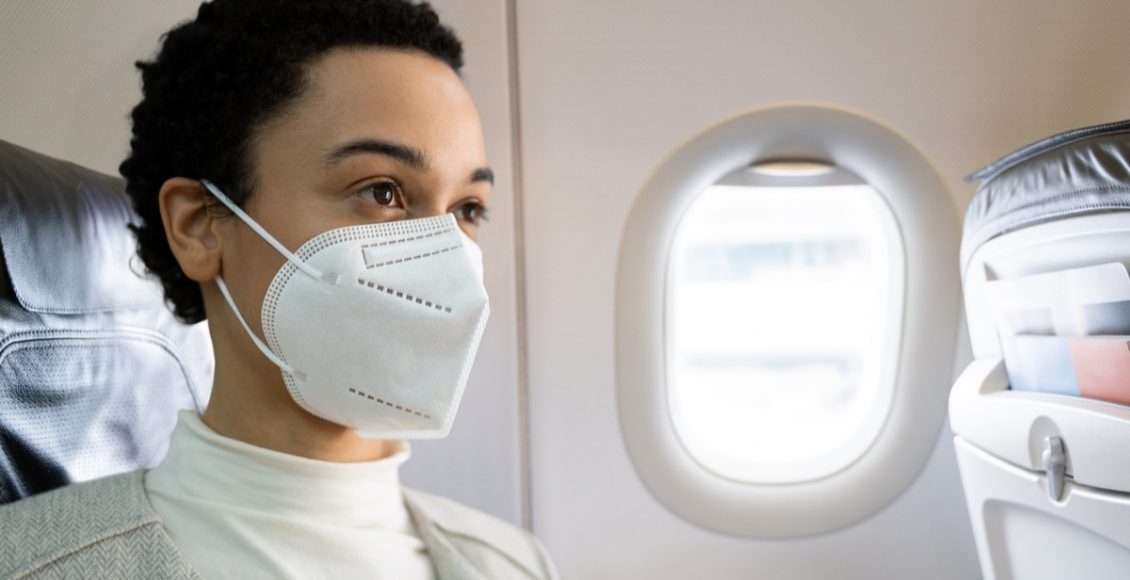 Airline Mask Mandate – Mask has become one of the biggest Weapons in fighting against novel coronavirus. That is why every government agency, including the Centers for Disease Control and Prevention, is trying to make the use of masks mandatory.

Even in several studies, we have seen the effectiveness of using masks to contain the spread of viruses and save people from getting infected. As for one data point, if one person is infected with a novel coronavirus and the other one is healthy, if they both use masks while interacting, then there is only a 4 percent possibility that a healthy person will get infected.

At first look, 4% might look like a big number because there is a possibility of getting infected, but if you compare it with not using your mask or one person using the mask, you will be shocked.

A few days ago, the federal government of the United States, along with the Centers for Disease Control and Prevention, announced that every person who uses public transport, either airplanes or trains, has to use a mask while traveling.

The Center for Disease Control and Prevention used its powers to make the use of masks necessary while traveling to ensure the safety of Americans, and it would have helped them to contain the spread of the virus with easy measures.

The Overruled Mandate by Florida Judge

At first glance, you might think that the Center for Disease Control and Prevention has taken an early decision and made the mask necessary, which is true that a mask is going to help a person to ensure safety against viruses.

But, a couple of women from Florida claimed that their anxiety prevented them from wearing masks and appearing in court. The Florida judge announced the judgment in favor of both women and overruled the mandate issued by the Center for Disease Control and prevention.

As per the Florida judge, the Center for Disease Control and prevention has overstepped its authority and issued that mandate which is no longer in power.

Every legal and health expert was surprised by the ruling because the ruling is going to impact the authority of the Centers for Disease Control and prevention to respond to any public health emergency, including the spread of novel coronavirus.

People can indeed get anxiety attacks after wearing masks, but not wearing a mask is going to impact everyone around that person.

If you are traveling wearing masks and another person is not wearing a mask, and they are positive with novel coronavirus, it could put your life at risk.

Several legal and health experts believe that the judgment could have been better if the judge was not leaning towards the additional. It is a one-sided judgment, and the judge did not think about the side of the Center for Disease Control and prevention or the general public.

Similar requests and cases are in the courts of America, but none of those guests have overruled a big national level mandate issued by a government authority. There is no doubt that overruling is going to impact the authority of the Center for Disease Control and prevention in the future.

At a broader level, since the Centers for Disease Control and prevention mask Mandate has been overruled by a Florida judge, You don’t have to wear a mask while traveling on any kind of public transport.

Previously, every single person using public transport, either travelers or staff, had to wear a mask all the time to contain the spread of the virus and ensure the safety of everyone.

But the whole decision of the Center for grief control and prevention was overruled by a Florida judge. From now on, nobody has to wear masks while traveling on any kind of public transport, either an airplane or bus. Trains or subway.

The decision shocked everyone who was concerned after the press pieces of novel coronavirus were reported in several states of the United States of America.

Most health experts believe that the Biden administration, along with the Centers for Disease Control and prevention, is doing everything in their hands to contain the spread of the virus and ensure the safety of Americans.

The whole overruled decision is going to impact the authority of the CDC and administration related to public safety. At the same time, the general public is also going to be at high risk of getting an infection due to not mandatory marks.

The Gray Area of The Mask

Even though the mandate has been overruled by a Florida judge, this doesn’t mean that you are free to not use masks in every place in the United States of America.

Some airports still require all passengers to wear masks in terminals, baggage claims, and checking areas. There is a lot of disparity between airport and airline rules which are making it a center to wear a mask while at the airport and remove the mask during flight time.

Is it mandatory to wear a mask during flights?

A few days ago, it was mandatory to wear masks during flights, but in the current situation, the airline mark mandate has been overruled by a Florida judge, and now you don’t have to wear masks during flights. In the future, a few flights might make it mandatory to wear a mask if state governments announce the same. So keep checking the latest rules and regulations of the airline you are going to travel with.

Do I have to wear masks in subways?

Yes, you have to wear a mask while traveling in the New York metropolitan transport authorities’ subway. Even though the mask Mandate Has already been ruled out, state rules are different from federal rules. The decision overruled by the Florida judge was made by federal authority, and it does not apply to New York State.