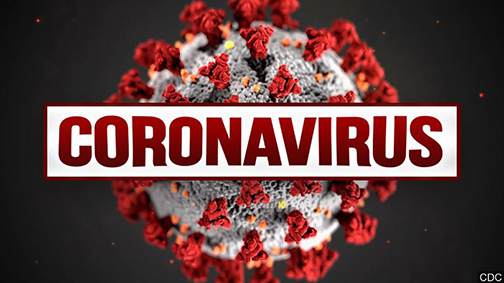 When Did Covid Start – COVID-19 has become one of the biggest challenges for the whole world in the 21st century. Even though Ukraine and Russia have been in an active war for the last few months, they have not affected as many people as COVID did in the last two and a half years.

Today we will try to learn the whole timeline of COVID-19 and how the coronavirus started in a city in China, spread throughout the world, and killed millions of people.

At one point, back in 2020, it was affecting the whole world at the same time, and around 7 billion people were not able to move and live their lives freely.

Back in November 2019, everything in the whole world was normal. In the first two weeks of November 2019, a lot of reports regarding China started flooding in the media that the Chinese had been hit with a virus and millions of people were under lockdown.

Several regional newspapers reported as early as 17 November 2019 that a virus had been hitting the Chinese province.

One specific study published by the official website of UC San Diego Health claimed that coronavirus started as early as October 2019 in Wuhan, China, but the Chinese authorities reported it officially to the whole world in December 2019.

Even several media reports confirmed it first that some virus has been eating one specific province of China. Maybe the Chinese authorities held a press conference on a similar topic.

On the 31st of December 2019, the China country office of the World Health Organization was informed by the Chinese authorities that they had reported some cases of a disease with symptoms such as pneumonia.

In the report, they mentioned that they first detected the cases of the disease in Wuhan city, which is located in the Hubei province of China.

Later Chinese authorities reported that from 31st December to 3rd January 2022, they reported around 44 cases of a similar disease with the symptoms of pneumonia. On that day, they also reported that they did not know the main agent or carrier of the disease.

On 11th January 2020, Chinese officials reported to the World Health Organization that the outbreak of the disease is associated with exposure to one seafood market in Wuhan city.

On the same day, the Chinese authorities stated the virus, and they confirmed that they had reported the first death from the novel coronavirus. It was a man in his 60s who had visited the live animal market in Wuhan.

On the very next day, the 12th of January 2022, Chinese authorities shared the genetic sequence of a novel coronavirus for countries to use in developing specific diagnostics.

Fast forward to 21st January 2020, The United States of America recorded its first case of a novel coronavirus in the country. It was a man in his 30s from Washington state who had recently traveled to China, especially to Wuhan.

A day before that, several countries, including South Korea, Japan, and Thailand, have already reported their first cases of the virus in their respective countries.

Soon after the first case of COVID-19 was reported in the United States, the Centers for Disease Control and Prevention started strengthening the rules related to COVID-19.

The Chinese authorities announced a stricter lockdown in Wuhan, China, on the 23rd of January 2022 after they were unable to contain the spread of the virus.

Soon after the announcement, the Chinese authorities suspended all flights and trains and shut down subways, buses, and fairies in an attempt to contain the spread in the area.

On 30th January 2020, the World Health Organization, for the sixth time in its history, declared a public health emergency of international concern.

It is a designation reserved for extraordinary events that threaten to spread internationally, such as a pandemic.

26th February, the First Case of Suspected Local Transmission in the US

On the morning of the 26th of February 2020, the Centers for Disease Control and Prevention of the United States confirmed that they had reported the first case of COVID-19 in a patient in California without any history of an area with the outbreak.

Apart from that, the CDC also reported that the person does not have any contact with anyone diagnosed with the virus. The Center for Disease Control and Prevention later confirmed that it was the first local transmission case in the United States.

29th February, the first death in the United States due to COVID

Three days after reporting the first case of local transmission in the United States, the Centers for Disease Control and Prevention confirmed that the United States has also recorded the first death from the virus. The CDC reported that a man with no travel history to China died on the 28th of February in Washington.

13th March 2020, the national emergency in the United States

13th March 2020 was one of the historical moments in the history of the United States. It was the day when President Donald Trump declared a national emergency in the United States, and the president also mentioned that they had opened up $50 billion in federal funding to fight against the virus.

Which was the first country to report a positive case of COVID-19 after China?