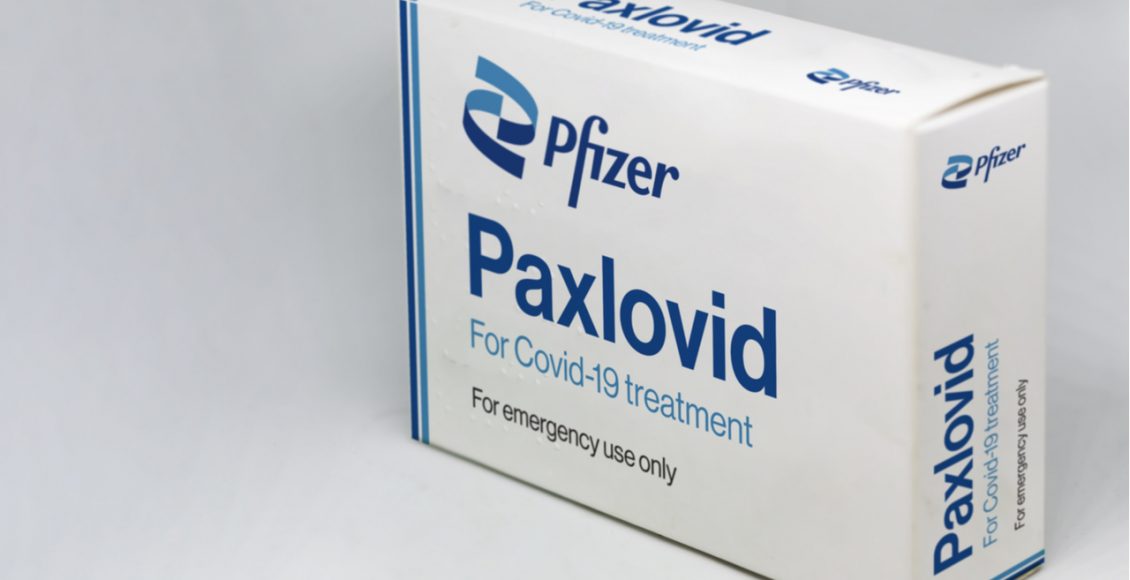 Paxlovid Side Effects – since the very first-day novel coronavirus spread in the world, scientists and health experts have been looking for treatment options for the same. Till now, we have heard about different Medications effective in different diseases to be helpful in COVID-19.

But now, Pfizer, one of the biggest COVID vaccine manufacturers in the world, has launched Paxlovid. As per the company, it is one of the few medicines which can help you lower the symptoms of COVID-19 and even save the lives of severely infected people.

In December 2021, Pfizer announced that the United States Food and Drug Administration had authorized the emergency use of its medication named Paxlovid. As for the company, it is a medicine that can help people suffering from mild to moderate symptoms of COVID-19 in adults and pediatric patients.

As per the official notification, everyone above the age of 12 whose weight is at least 40 kilograms is eligible to take the medication. The medication can help people who are at high risk for progression to severe COVID-19 symptoms.

Paxlovid is a medicine that can help people suffering from mild to moderate COVID-19 symptoms. The minimum age limit to take medicine is 12 years, and they should wait for at least 88 pounds or 40 kg.

Apart from that, the patient must be positive with direct viral testing of COVID-19 and is at high risk of severe COVID-19 symptoms, including hospitalization and death.

In the official press release, the company further mentioned the dosage of Paxlovid to treat people who are mild to moderately affected by the symptoms of the novel coronavirus.

Affected persons are eligible to take the dose of 300 milligrams of Nirmatrelvir with one 100mg tablet of Ritonavir twice a day for five consecutive days. Each pack of the medication is all packed with every other required medicine, which means it provides old required doses for a full five days of treatment force in a single package.

Side Effects of Paxlovid

Now let’s take a look at all the major side effects of taking Paxlovid for mild to moderate symptoms of COVID-19. Even though it is one of the most effective medicines to treat people suffering from novel coronavirus, it is not proof of Paxlovid Side Effects.

There are a few side effects associated with the medicine, which we have listed below. If you are going to take medicine, then kindly take a look at all Paxlovid Side Effects.

Even the United States national institutes of health have mentioned the loss of taste as an adverse effect of taking medicine. If you are also experiencing the same side effect, then consult with your doctor as soon as possible.

The second major side effect of taking Paxlovid is diarrhea. As for the data points, most people are going to experience diarrhea after taking Paxlovid. Even though doctors consult every possible side effect before recommending you to take medicine, if your doctor has not talked about these side effects, then kindly consult with your doctor as soon as possible.

Apart from the side effect, muscle pain throughout the body is another possible side effect of Paxlovid. It is a very common side effect, and most people who are going to take medicine might experience it regardless of their age and the severity of the symptoms.

Who Should Not Take Paxlovid?

As for the report published by the United States National Institutes of Health, People who are struggling with kidney failure should avoid taking medicine. Paxlovid is not recommended for patients who have an eGFR of <30mL/min. Those people should completely avoid the medication as the dose for these patients has not been determined yet.

At the same time, if the patient has a filtration rate of <30mL/min to <60mL/min, should reduce the dose of Nirmatrelvir to 150mg with ritonavir 100 mg.

Apart from that, Paxlovid is also not recommended for patients suffering from severe liver diseases. You should tell your doctor about any liver problem you currently have, as it can be a deadly combination.

During liver failure, you might experience loss of appetite and unexpected weight loss at the same time. Apart from that, the yellow color of your eyes and dark-colored urine is also directly related to liver diseases. You should try to avoid taking Paxlovid.

If you start seeing the symptoms after taking the medication, you should consult with your doctor as soon as possible. These are not common Paxlovid Side Effects.

Kindly remember the above-given Paxlovid Side Effects are not a complete list. There could be 100 different side effects that have not been covered by us yet. The medication is currently under study as it has not been given full approval by the United States Food and Drug Administration.

If you are pregnant, then you should consult with your doctor before taking Paxlovid. As per the study published by the United States National Institutes of Health, Pfizer excluded pregnant women from the study, and there is no experience in treating pregnant women with Paxlovid.

But, your doctor might suggest you take medicine if the benefits from taking medicine are higher than the risk of getting treatment. At the same time, if you are a breastfeeding mother, then consult with your doctor regarding the Paxlovid Side Effects on the infant.

Before we wrap up our session, let’s take a look at the experts’ advice on the uses of Paxlovid. Despite the latest release by Pfizer that Paxlovid has seen a few setbacks, most health experts are in favor of Paxlovid.

Paul Sax is a clinical director of the division of infectious diseases at Brigham and Women’s hospital. He said that he would prescribe the medicine to people who are at high risk of severe illness from the infection.

He further mentioned that the overall benefit outweighs the risk of taking medicine.

At the same time, the director of the Center for virology and vaccine research at Beth Israel Medical Center said that it is not a surprise that Paxlovid is having some setbacks as, traditionally, it has been difficult to use small-molecule antivirals.

Currently, the view on the use of Paxlovid is mixed. The situation will get more Clear in the upcoming weeks. Most health experts have been pressuring the federal government of the United States to advise doctors to extend the use of Paxlovid.

The world has been waiting for the specific treatment for COVID-19. Till now, there is no fixed treatment for the infection in the world. Recently, a few companies, including Pfizer, have launched a medicine that can help people who are suffering from mild to moderate symptoms of COVID-19.

A few months back, The United States Food and Drug Administration gave emergency use approval to a Pfizer-made drug named Paxlovid. My company, it can help people who are struggling with the mild to moderate symptoms of COVID-19, and it can also help them from getting hospitalized.

Just like the vaccine and any other treatment in the world, Paxlovid also has a few side effects associated with the drug. The patient might experience diarrhea and muscle pain throughout the body after taking medicine. These are one of the most common symptoms or side effects of taking the drug.

And at the same time, it is also possible that you might experience hypertension and loss of taste after taking medicine. Paxlovid is not recommended for people who are struggling with liver diseases.

If you are struggling with failure, then kindly avoid taking medication as it can be a deadly combination. Pregnant women and people who are suffering from HIV should consult with their doctor before taking medicine.

Can I prevent the side effects of Paxlovid?

Views of CDC on the incubation period for COVID?