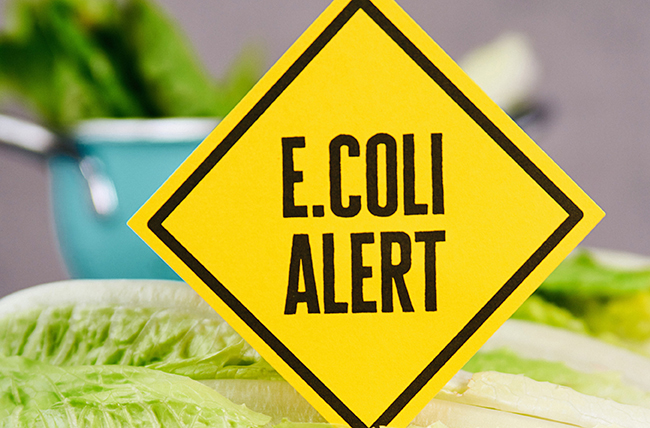 E Coli Symptoms – Bacteria are everywhere on the planet. They are small single-celled organisms that play a vital role in the ecosystem of the planet. Several species of bacteria can live under extreme weather conditions, including pressure and temperature. The human body is also full of bacteria. Several studies indicate that the human body has more bacterial cells than human cells.

E Coli Is one species of bacteria found in the environment, including foods and the intentions of living creatures. Most strains of E Coli are harmless, but some of them can make you very sick. That is why today we are here to talk about everything regarding it. We will also take a look at E Coli symptoms.

What is E Coli?

E Coli is a bacteria that lives in the intense times of healthy humans and animals. Usually, they are harmless and help every living creature to digest the food, but some strains of the bacteria can cause serious symptoms and make you very sick.

How does E. Coli Make You Sick?

Before we move ahead, let’s first discuss how it can make you sick. There are several ways or causes a person can get sick with the bacteria.

A lot of people can get ill with E Coli from drinking untreated milk. Even the Centers for Disease Control and Prevention believe if you drink unpasteurized milk, which has not been boiled to kill bacteria, there are high chances that you can get ill. It can easily get mixed in with the milk from the cows’ udder or the milking equipment.

Several fruits and vegetables are also known to cause the infection. There is a high probability that even fresh fruits and vegetables can carry the bacteria if they have been tainted by water that has bacteria. Usually, it happens when news from nearby animals mixes with the water supply.

Humans cannot survive without water, and it is also known to cause infection if the water is contaminated with bacteria. You can get infected if you swallow water from a swimming pool, lake, or pond that has not been treated well.

What are the Risk Factors for E Coli?

Before we move ahead to the symptoms or the diagnosis process of the bacteria, let’s first take a look at the risk factors. If you fall in any of the below-given categories, then you should stay alert as there is a high probability that you can get infected very easily.

People with weak immune systems are more vulnerable to getting infected with bacteria than any other normal person. There is a high probability that people who are struggling with aids, cancer, or any other disease can have weakened immune systems or are more vulnerable to getting ill from E Coli. You should consult all the possibilities with your healthcare provider.

Our stomach acid levels also play an important role while protecting the body against E Coli. If your doctor has suggested you take some medications to reduce stomach acid, then you are more vulnerable to getting infected with the bacteria. Always consult these possibilities with your doctor before you start consuming the medicine.

There are a limited number of symptoms when it comes to the infection of E Coli. There is a high probability that you will start to experience these symptoms after two to five days of getting exposure.

There is a high probability that you will develop below given common symptoms:

Kindly remember there is a serious complication of the bacteria called hemolytic uremic syndrome, which can directly affect the kidneys. Young kids and older adults are more vulnerable to developing the syndrome.

You should be very careful and consult with your health care provider if you are experiencing any of the above-given symptoms along with kidney diseases.

These are some of the early symptoms of hemolytic uremic syndrome. It is usually the first stage of the disease, and you might experience several other symptoms as the disease progresses over time.

People who have developed a severe case of diarrhea which is staying for more than three to five days then you should consider it with their health care provider as early as possible. Diarrhea is known to cause dehydration which can further invite several other diseases.

Before we talk about the prevention of the disease, let’s take a quick look at the diagnosis and treatment options. When it comes to the diagnosis of E Coli, Your doctor will suggest you go for a stool test.

Your doctor will send your stool sample nearby to check the presence of E Coli bacteria in your stool. The same test can also identify specific toxins available in your stool.

Unfortunately, there is no recommended treatment for the infection of E Coli. According to the guidelines provided by the Centers for Disease Control and Prevention of the United States, your healthcare provider might use some treatments to lower the intensity of the symptoms.

Apart from that, your health care provider will also focus on preventing any complications caused by the disease.

The best way to recover or get treated for the infection is to rest and fluids to help your body get dehydrated. Apart from that, your doctor will also ask you to stop taking any anti-diarrheal medication which can slow your digestive system.

If you are taking any medication without consulting with your health care provider, even if it is antibiotics, then you should stop taking it as it can increase the risk of serious complications.

Along with other things, your health care provider might also suggest you go for home remedies and some lifestyle changes to get better.

The Centers for Disease Control and Prevention believe it is easier to prevent infection than treatment. The CDC will leave you should be washing your hand on a regular basis to prevent the infections such as:

Is there any medicine for E Coli?

As you can clearly read in the above-given sections, there is no specific treatment available for the infection. Your health care provider will only focus on lowering the intensity of symptoms and preventing any other serious complications.