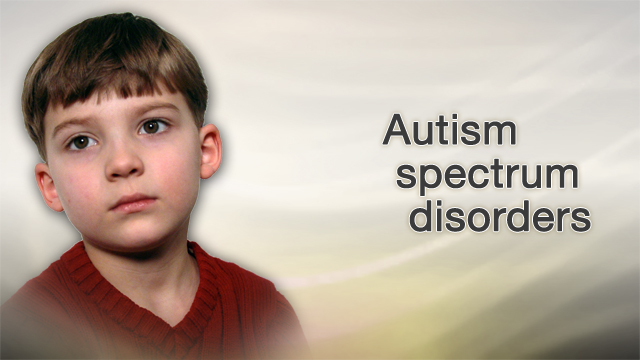 There is a long list of mental health disorders, and people who are struggling with those disorders can live normal life. The Centers for Disease Control and prevention, along with other independent agencies, has been educating American societies for a very long period now.

Most parents do not want to talk about the mental health disorders their children might be struggling with. The pressure of society does not give them the confidence to work on those issues rather than suppressing them.

What is Autism Spectrum Disorder?

That clearly means there are 2.3% chances that children below the age of 8 can get diagnosed with an autism spectrum disorder. That percentage can probably increase or decrease depending on your state. For example, in California, there are 3.9% chances. On the other hand, in Missouri, there are 1.7%.

In order to understand any disease in the world, you should learn about its symptoms. The symptoms associated with diseases like autism spectrum disorder might not be exclusive to the disease, but they can provide a huge signal if you compare the overall condition.

If you are a parent, then you should take a look at your kid’s social interactions. Children who are struggling with Autism spectrum disorder are going to have a huge problem communicating socially.

Apart from social interaction or repetitive behaviors, there are some other characteristics you should not have in your child.

Health care experts around the world suggest every parent take a look at all of the above-given symptoms and compare it with the pattern of behavior of their own child.

In case you believe your children are also struggling with autism spectrum disorder, then you should consult with your healthcare provider. At the same time, you should also remember that all the above-given symptoms are not just associated with autism.

Most of the other given symptoms are also associated with several other diseases, and that is why you should be very careful while self-diagnosing your kid with autism. Babies develop at their own pace, but kids who are struggling with autism can experience much more delay in development before the age of two.

Parents of kids who are struggling with autism can pass it on to their kids, but it is not the only cause of autism. There are several different causes, and environmental factors are another one. Researchers are also taking a look at viral infections, medications, and pregnancy. Some experts around the world believe that seeing things can also become one of the biggest causes of autism spectrum disorder.

Similar to any other mental health disorder, your doctor will diagnose autism spectrum disorder depending on the size and symptoms you or your kid is developing.

As you are already aware, there are a huge number of symptoms associated with autism spectrum disorder that is not exclusively associated with the disease. If your health care advisor believes you have autism, then they will suggest you consult with a psychiatrist or psychologist.

Mental health professionals can diagnose autism spectrum disorder better than anyone else. Your psychiatrist or psychologist is going to monitor all the symptoms and behavior patterns.

Unfortunately, similar to any other mental health disorder, Organism spectrum disorder cannot be cured. Your healthcare provider might use different combinations of treatment to control the symptoms that can allow a person who is struggling with the disorder to have a normal life.

Your healthcare provider might suggest you go for different types of therapies that are going to focus on behavior, education, and other things. Here is a list of some therapies which might help a person who is struggling with an autism spectrum disorder.

You might get surprised to know that there is no way to prevent autism spectrum disorder or there are no home remedies. As you have already read in the above sections, early diagnosis and treatment can help the person who is struggling with the condition to get better, but it cannot be cured. There are some examples where kids got better from autism spectrum disorder, and they are living their life normally. Kindly do not hesitate to consult with your healthcare provider.

Can clinical trials help a person who is struggling with autism spectrum disorder?

Clinical trials are not just like any other therapy. No one can give a straight answer when it comes to clinical trials as they are not approved by the Food and Drug Administration of the United States. Most treatments in the world for any disease contain some side effects, and clinical trials can contain more.

What are Monkeypox Symptoms in Humans? – Diagnosis, Treatments & Preventions

What is Paxlovid? & What are the Paxlovid Side Effects?

What are Monkeypox Symptoms in Humans? – Diagnosis, Treatments &…

What is Paxlovid? – Paxlovid Side Effects? & Uses of Pfizer Covid Pill