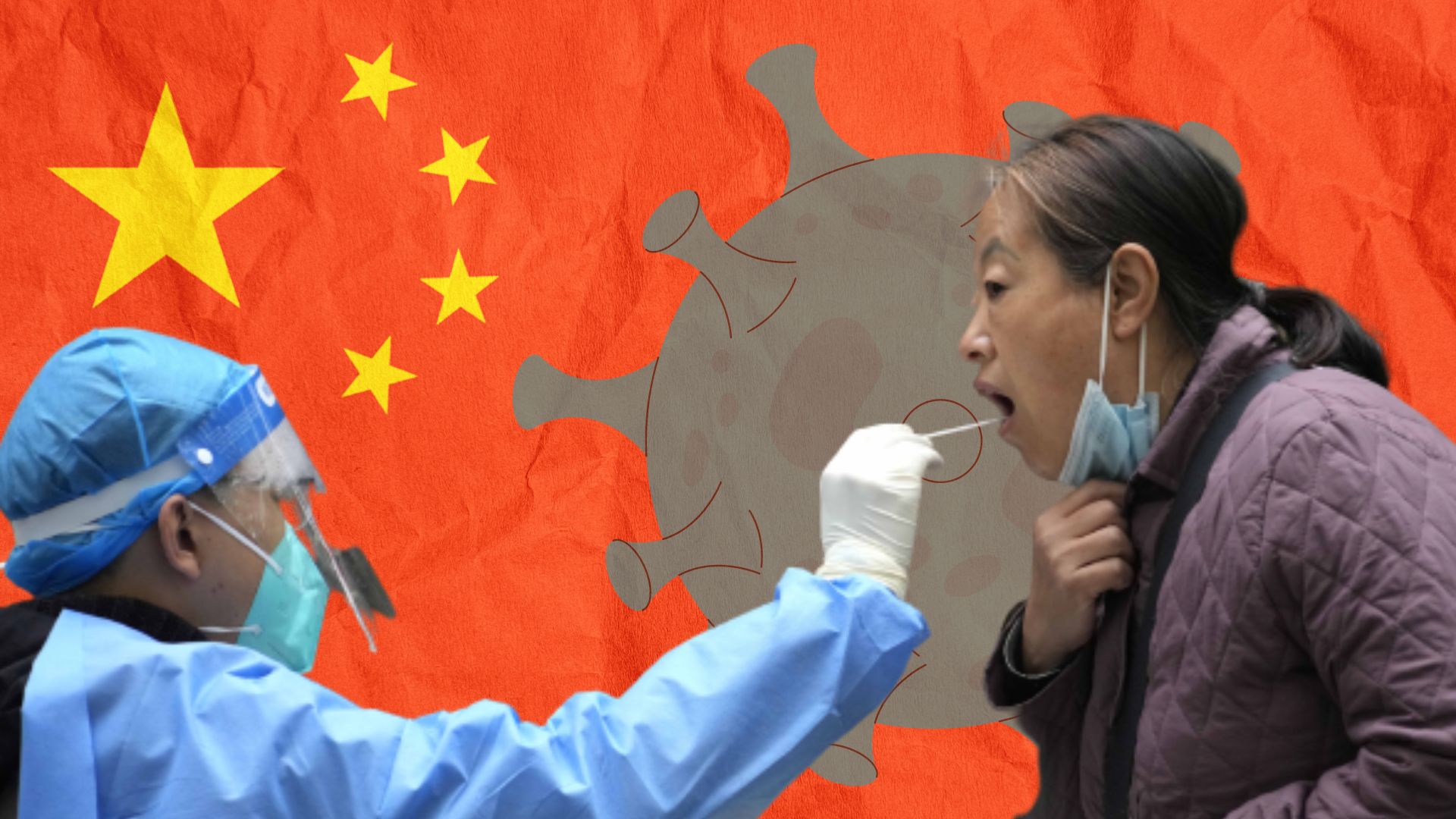 China Covid Cases – Since the first spread of COVID-19 in the world, the Chinese government has been one of the most suspicious governments. Chinese were not reporting enough cases of COVID-19 despite having the highest population in the world.

At the same time, several unofficial reports have been claiming that the Chinese are recording millions of cases of COVID-19 each day, and the situation is getting worse like never before.

China’s COVID cases have started rising sharply since it dramatically eased its COVID restrictions. The Chinese were known to have a zero-tolerance policy when it comes to the infection of COVID-19, but they also opted to ease out the restrictions and allow free movement in the country.

Most pandemic experts around the World were Speculating that the Chinese will see the worst situation once they start dropping their zero COVID policy.

A few weeks ago, Chinese authorities announced that they are easing out of its zero COVID policy and they are not going to punish airlines for bringing any COVID patients into the country. At the time, the Chinese also eased out its mandatory quarantine from 10 days to 7 days.

Now, the second-largest economy in the world is on its knees. The government of China might not be reporting the right numbers of positive COVID cases, but hospitals in several cities and provinces are under huge pressure from the rising number of covid cases.

Chinese might not have seen this type of spread since the first spread of COVID-19 in the country. The latest wave of COVID-19 has forced hundreds of factories and companies to shut down their operations as workers are not available.

At the same time, the number of people on the streets is also sharply dropping, which has been causing less demand for a huge number of goods and services.

Current Situation of COVID in China

We might not be receiving the right numbers of positive COVID cases in China, but people have been reporting on social media that the Chinese recorded around 37,000,000 cases of COVID-19 in a single day.

Yes, several media houses around the world have been mentioning a report by Bloomberg, which claimed that around 248 million Chinese had reported the infection of COVID-19 during the first 20 days of December.

Bloomberg also claimed that the data points were discussed at an internal meeting of China’s National Health Commission.

The whole world knows that the Chinese do not report the right numbers of COVID-19, and people have been reporting the situation and truth of Chinese hospitals across the nation.

We even saw huge queues of people waiting for common medicine, and countries like India have also offered medical help to the Chinese government.

Bloomberg is not the only organization in the world claiming those numbers. A new analysis by a British scientific information and analytics company also estimated that the Chinese are reporting around million COVID cases and 5000 deaths due to viruses each day.

What do Experts think about Current China COVID Cases?

It is not the first time that experts are not in favor of Chinese policies when it comes to the infection of COVID-19.

Pandemic experts around the world have been criticizing the Chinese government for its Zero COVID policy. Experts believe that no country can keep following COVID protocol and try to suppress the virus.

Instead, countries should try to lower the restrictions so that viruses can start to spread and people can learn about their own safety. You can force everyone to stay at home and call it good management, but it is not sustainable.

That is what we saw in Chinese cities when people were protesting against the Chinese government for its zero-tolerance policy.

A few weeks ago, we saw many reports on social media mentioning that the Chinese have been protesting against their own government despite having one of the most ruthless governments in the world.

That is why the Chinese government suddenly abandoned its zero COVID policy, and the cases started coming like never before. Data points have been suggesting that people were interested in the COVID vaccine, but they are not interested in booster shots.

Even in Western countries, the situation of COVID vaccine Was not good, but somehow these governments tried to gain the trust of the general public, and they succeeded in that.

Millions of Americans have received two primary shot series along with the two monoclonal booster shots and one bivalent booster shot. It was not an easy task for the federal government of the United States to convince Americans of these many shots of COVID vaccine.

A similar thing is also happening with the Chinese government. People of China are not trusting the government as they have somewhat failed to contain the spread.

Another important thing that we should discuss right now is that the Chinese vaccine has failed to prove its effectiveness. Those vaccines completely failed against different variants of omicron and its descendants.

About COVID Restrictions in China

China is among different countries in the world that still have mandatory quarantine and isolation for international travelers.

The government might have eased out some restrictions and lifted its zero COVID policy, but still, the restrictions are higher than in any other western country in the world.

Rumors have been predicting that Chinese authorities are going to lift its mandatory quarantine and isolation requirements on international arrival in January 2023.

China is going to scrap its mandatory quarantine measures for COVID-19 for all international travelers, according to the National Health Commission.

Once the government has announced the downgrade of the virus, there won’t be any mandatory quarantine or isolation. It clearly means that people traveling to China from abroad will just require only a COVID negative test result.

What about the COVID Protests in China?

But the latest wave of COVID-19 has changed everything in the country. The Chinese did the unthinkable and protested against their own government. People were chanting that the Chinese Communist party should step down.

Experts have been claiming that these protests are the most intense protests in the last 33 years. These are the similar protests we saw in 1989, and COVID has given another chance to the Chinese to get together.

COVID-19 is not the only thing that played a part in Chinese protests. The slump in the economy and inflation is also playing an equal part, and the Chinese have once again tasted the blood of protests.

The current cases of COVID-19 might have lowered the voice of protest, but the rage is still in the hearts of the Chinese.

When will China Recover from These New COVID Cases?

Before we completely wrap up our session, let’s take a quick look at the future of China and COVID-19.

The current situation in China is not looking good. It is the worst situation for the Chinese as they recorded 37,000,000 cases of COVID-19 in a single day. That data might be rumored, but we cannot completely Deny it.

China is not the first country in the world that is somewhat on its knees when it comes to the infection of the virus. Several countries, including the United States, Canada, Italy, the United Kingdom, and India, were also facing somewhat similar situations.

Similar to any other country in the world, the Chinese will also learn how to tackle the virus. That is why we are seeing several reports mentioning that Chinese authorities are also paying people to get vaccinated.

The Chinese government has offered up to 500 Chinese yuan to get two dose vaccination courses and one booster shot of covid vaccine.

China is probably the only country in the world that still has mandatory quarantine for international travelers. Healthcare experts around the world predicted a similar situation when the Chinese government first decided to introduce and later Lifted its zero COVID strategy.

Can anyone travel to China without quarantine?

Yes, the Chinese government is going to lift its mandatory quarantine or testing upon arrival in the first week of January 23. After 9th January 2023, anyone can travel to China with a certificate of full vaccination and negative covid test results.